Lou Breewel
05:59 05 Nov 20
I highly recommend Elite Canines Training. I had some real concerns about our dog but Sahil has been an enormous help.... Sahil has a very pragmatic approach taking into account both the nature of the dog and its family/handler and advises accordingly. We are seeing great results.read more

Bronwyn Thompson
07:30 18 Oct 20
Thank you Sahil for coming do to a home session with Raff. We have managed to take away and implement some of the... training methods.Sahil's manner with both canine and owner made for a rewarding session. I would highly recommend Elite Canines Training.read more

john boysen
00:00 11 Aug 20
Due to lockdown, its difficult to train my new dog (as its my first dog and he has been a rescue). But Sahil has been... giving me training advice over the phone. Its working very well so far with his behavioral issues. Hes responsive and kind over the phone, which is helping me as a new owner and the stress involved with that.Definitely would recommend.read more

Leela Foley
12:37 30 Jul 20
Sahil was a wonderful dog trainer, he really knows what he's doing and his advice really worked for us. Over two weeks... and only two private sessions our dysfunctional household was transformed into a very calm and controlled environment. We'll definitely be going through them for general obedience too, as well any other future training. Excellent experience.read more

Bianca Matthews
06:48 07 Feb 20
Sahil has a wealth of knowledge that he shares with patience and in a way that makes sense. He helped us to understand... how our dog was communicating with us and how best we can work with him. He made the experience fun and comfortable. I highly recommend!read more
Next Reviews 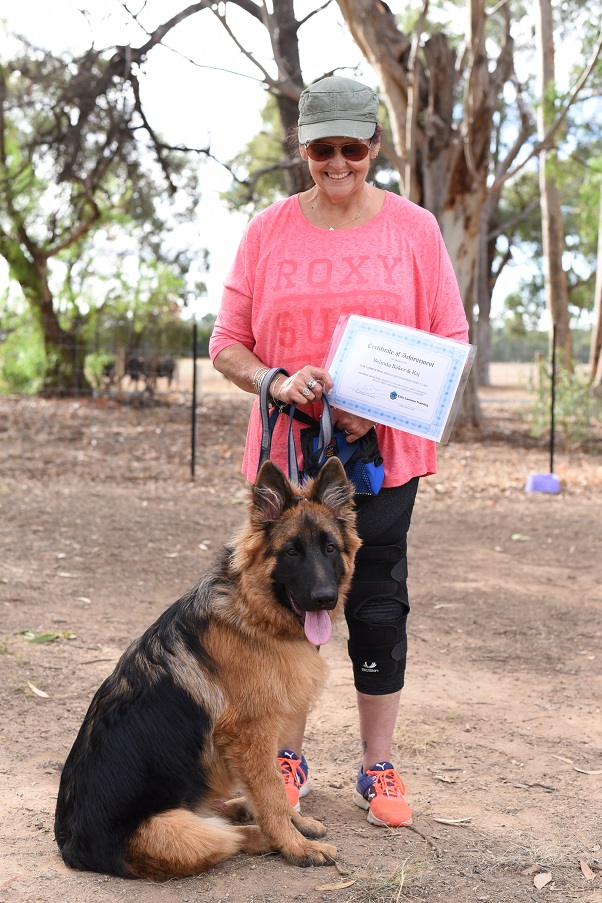 “We got Raj from a breeder in South Australia and knew how important it was to get him in training from a pup, we had heard about Sahil from Elite Canines Training from Mark Murray’s web site and gave him a call to do some one on one training with our pup Raj who was only 3 months old at this stage but totally out of control with mouthing and jumping, from the moment Sahil came to our home we learned how to control our dog and our lives were changed . We now attend training every Saturday morning training and both Raj and I love the social interaction and learnings we get, I now have a dog that is a joy to take out in public, he is so obedient and is learning so much.
I highly recommend Sahil’s classes for anyone needing assistance with their dogs.” 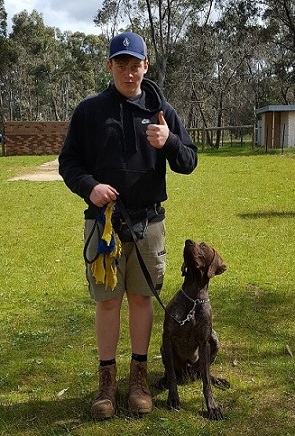 “Duke is a purebred German Shorthaired Pointer I got him at 8 weeks old. Duke wasn’t too flash with the commands I had taught him such as sit,wait and down. So I decided to take duke to the Elite Canines training program at 4 months old. I enrolled Duke in the beginner class and after two weeks of the program in I saw a little bit of improvement and how I noticed that he’s obedience problems were starting to get better and better. After Duke completed the beginner class he advanced to intermediate class. In the intermediate class I realised how good the program was and how much it impacted my dog. After moving Duke from intermediate class to advanced dog training I realised how much potential my dog had and that this program was benefiting duke a lot. This program has taught both my dog and me a lot about obedience and how to stimulate dogs minds in different ways. Thank you Sahil for all the work you have put in to make my dog be what he is today.” 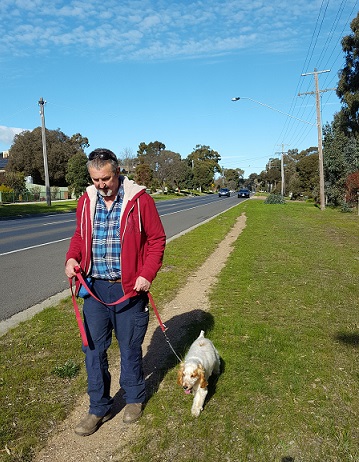 “Daisy and Weasel were both rescue dogs. Weasel was a puppy farm breeding dog who spent most of her life in a cage. A very scared dog who was unapproachable. Daisy was owned by an elderly lady who she just became too much. She had very little training and was 8 months old.

Weasel I could not get near unless I was putting her on a leash to go for a walk. Daisy was a very affectionate dog and very hard to get under control. The training instruction was different for the two dogs and within a few days there were noticeable changes in both of them. Daisy was attentive; she had stopped pulling on the leash and has become calmer. Weasel will now approach me and although still a work in progress is showing more confidence. I am less stressed as well knowing how to work with the dogs and not get frustrated.” 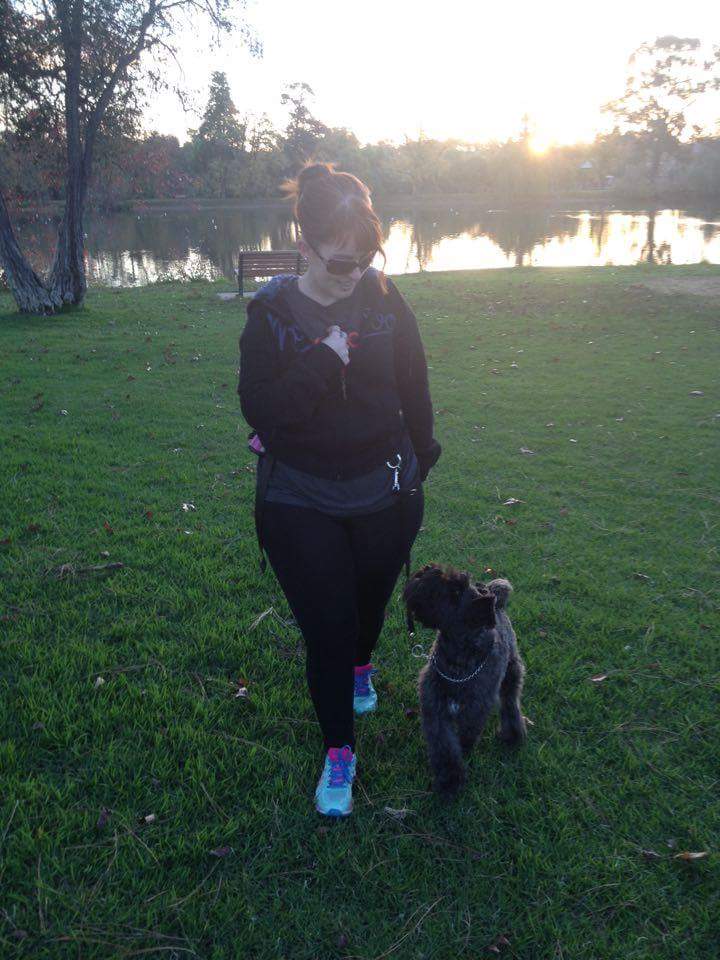 “When Sherlock was just a young pup of 16 weeks he got attacked by another dog. This left him fearful of unfamiliar dogs, especially dogs who appeared excited. He would eyeball every dog that we went past on our walks and growl at any stranger that got too close. Sherlock had also taken a fancy to chewing books and clothes. Due to my location and work, I only had weekends to attempt to re-socialize him, as by the time I made it to the popular parks most people had gone home. On top of this we were an all female household, so Sherlock was unaccustomed to deep voices.
With Sherlock being my first dog, what followed was a long process of trial and error. As I was nervous and stressed and unprepared, this made Sherlock stressed and nervous too . Because of this I needed as much training as Sherlock did. Finally I got an amazing offer from Sahil Verma. Sahil began meeting me on the weekends and worked with both Sherlock and I. He showed me different techniques, showed Sherlock there was nothing to fear and gave advice on products. Sahil gave me confidence, which gave Sherlock confidence. He even brought his own dog Doug to our fourth session when he felt Sherlock was ready. That day was the biggest test, I remember being so thrilled after. Who knew that Sherlock would be able to ever meet and greet a strange dog so nicely, then accept him and walk with him as a pack?
Since then I have moved into town, had lots of new people at the house and Sherlock has been calm and well behaved.” 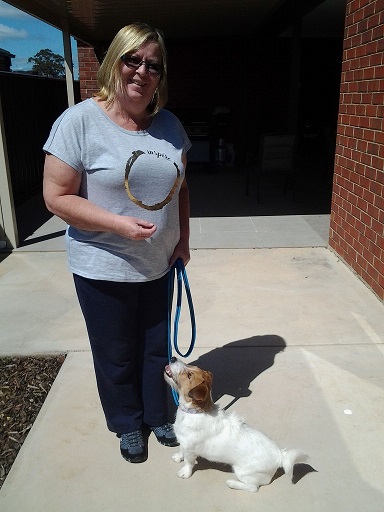 With Sahil’s advice and teaching, Bones is so well behaved when we walk, no pulling and straight ahead. We have changed his feeding habits and he has lost weight. We now feed him after we eat, another way to show him that he is not the boss. With Sahil showing us how to make small changes, Bones is becoming a better behaved member of our family.” 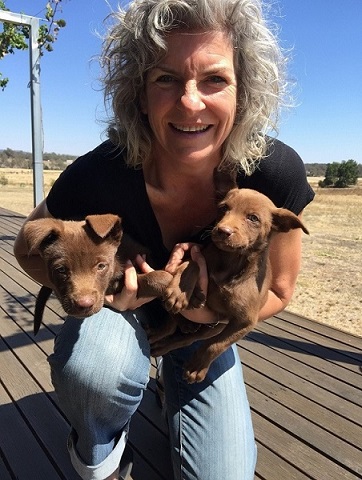 “Butch & Rowdy are really affectionate, smart dogs with energy to burn. When they were very young (approximately 10 weeks) we asked Sahil to help us with some basic obedience training. Sahil spent some time training Butch & Rowdy on things like “come”, “sit”, “down” and importantly, he showed us how we can be trainers of our dogs when we are not at a formal session. It was great to see someone who really knows what he’s doing working with dogs.

Those early lessons really stuck and Butch and Rowdy are well behaved (most of the time) and heaps of fun (all of the time).”